View cart “Limited Offer: Beverly Lowry’s Book, containing 206 pages, Titled “How We Raised A Hyperactive Child And Lived To Tell About It And YOU can Too!!!” and Mark Lowry’s first Music CD “He Touched Me” at the age of 9 in 1967” has been added to your cart.
Sale! 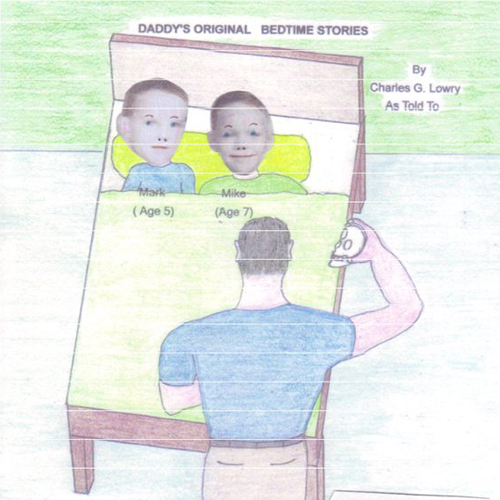 If you purchase my eBook titled:”DADDY’S ORIGINAL BEDTIME STORIES” for $5.00, containing 19 Original

Bedtime stories told to Mike Lowry (7) and Mark Lowry (5) in 1963, you will be invited to download FREE, Beverly Lowry’s, (Mike’s and Mark’s Mother), Book titled: “How We Raised A Hyperactive Child and Lived To Tell About it and YOU Can Too!!!”

Guess who was that Hyperactive Child? (That’s right, Mark Lowry), and he wrote the song, “Mary Did You Know?”.

(1) A Day With Jesus: 2 young boys named Mike (Age 7) and Mark (Age 5) spend a day with Jesus and witness several of Jesus’ miracles.

(2) Christmas: 2 young boys named Mike and Mark raise money by selling candy to neighbors to buy Christmas gifts for their Mother and Daddy.

(4) Falling Through space: Young Mark falls through space and doesn’t know how he got into space until he lands.

(5) Late For Supper: 2 young boys named Mike and Mark, are exposed to danger on a lake and are late for supper.

(6) Lightning: 2 young boys named Mike and Mark watch 2 horses fight and they save the loser from a pack of wolves and he becomes their horse.

(7) Noises In The Night: Scare 2 young boys in their home at nighttime.

(8) One Dark Night: Another scary adventure for 2 young boys in their home.

(9) The Bear: 2 young boys, 2 young girls and one adult lady have a scary experience on their picnic.

(11) The Gorillas: 2 young boys are raised by Gorillas and the boys advise them how to avoid being captured by hunters from the zoo looking for Gorillas to put in the zoo.

(13) The Lake Adventure: 2 young boys venture out into a large lake and a wild storm comes up and they hear their Mother’s famous shrill whistle and they find their way home.

(14) The Little Bitty Rabbit: Even if you are little, you can be important.

(15) The Monster: How 2 young boys outwit the Monster.

(16) The Mystery Man in Grandma’s House: The scary experience of a young boy spending the night at his Grandma’s house.

(18) The Skinny Story: Everything is skinny, but, a lion does not have to worry anymore about being skinny.

There are no reviews yet.